Can You Drive After Marijuana Use in Michigan?

Although Michigan has legalized recreational marijuana use, driving while under the influence of this drug is still illegal. You could face severe penalties, fines, and even jail time if caught doing so.

What a Driver Can Do

What a Driver Cannot Do

As stated, Michigan drivers are not permitted to drive while under the influence of marijuana. This law pertains not only to cars but also to any other motor vehicle, such as an aircraft, snowmobile, ATV, or boat. Drivers are prohibited from consuming marijuana or its product while operating a motor vehicle.

What Else You Should Know

If a police officer pulls you over on suspicion of impaired driving, they will look for other signs of impairment, such as confusion, slurred speech, or red/glossy eyes. If an officer believes you are impaired, they can ask you to perform field sobriety tests. Based on these stages of the investigation, the officer may ask you to submit to a chemical test. If you are found to be driving under the influence of marijuana, you could face hefty fines, penalties, and even jail time.

Suppose you are under investigation for driving under the influence of marijuana. In that case, you should speak to a skilled criminal defense attorney as soon as you think you might face criminal charges. Call The Law Office of Jodi L. Hemingway, PLLC, today at 810-546-3257. 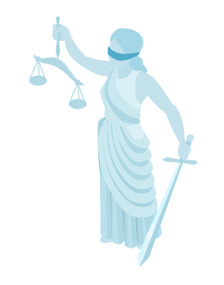 Secure the help of a skilled criminal defense lawyer.

Have You Been Accused Of A Crime? Get To Work Building Your Defense As Soon As Possible.